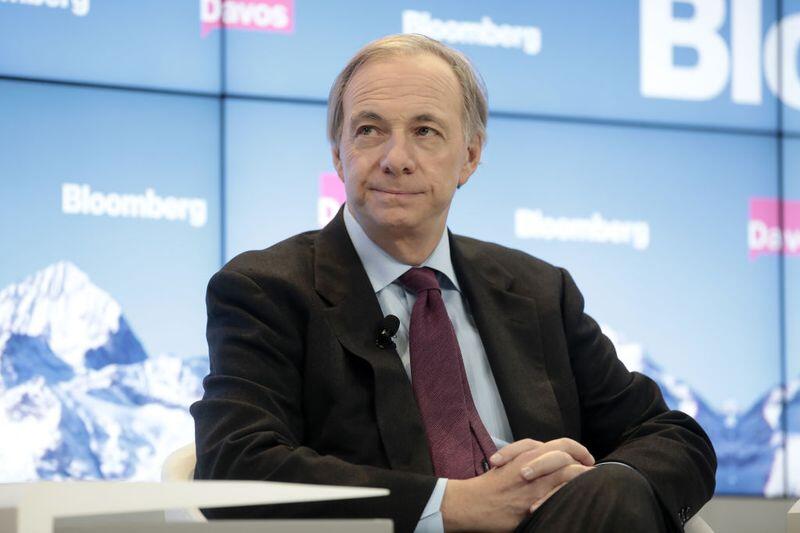 ray dalio on bitcoin and gold

Gold vs bitcoin discussion. Peter Schiff is an economic forecaster who is a great believer in gold investing. He has also been a stock broker and is CEO of Euro Pacific Capital Inc. He is base in Westport, Connecticut.

Peter Schiff talks about bitcoin. Firstly, the nation already lose value by donating. He did not purchase any bitcoin though he have bitcoin (given by others). Peter think it is just speculative and to cause FOMO. The situation can be complicated with regulators.

People talk about shifting gold to bitcoin. However, many people don’t accept bitcoin. Probably through bitpay to buy gold. So bitpay is like the middle man.  But there is no direct transaction.

Peter feels government will not want competition to real money. That’s why they are scrutinize on libra by facebook stating reasons like money laundering. Bitcoin is decentralized which government will be very worried. A complete free market is what he want for anyone who wish to invest in.

We should not overvalue bitcoin. Peter says we can’t expect bitcoin to go 10 times over. Go for gold mining stock. 3 or 4 times the money for profit in it. He don’t see bitcoin long term money compare to gold. He feels people looking for bitcoin are not looking for stability. They will not be rich with gold, but they will not be broke. It is conservative long term value.

People are looking to go rich with bitcoin compare to gold as a store of value, that makes the difference. If bitcoin is a digital receipt for gold and traded like it. If bitcoin can be bought by gold, then you can exchange bitcoin into gold which isn’t logical.

Gold demand in the world

Gold have industry demand and can be use (dentistry, aerospace, jewellery). There is a natural demand for gold. There isn’t a real substitute for gold. Maybe copper, but is not as good as gold.

Bitcoin have no natural demand. The price goes up because more people buys them. But what is the value of bitcoin? (except people who just hoarding them). We can’t use bitcoin as a payment as it doesn’t quite make sense. But with gold, it is different. It will worth more because we are in inflation world. It is stable and can be a unit of account, but not with bitcoin.

If everyone want to sell bitcoin, bitcoin have no bottom. Then what will be bitcoin? Bitcoin has become like a religion (to Peter). Digital money that is not back by anything. Perhaps for the game. If digital money needs to have value, then it must be able to use.

Paper money is going to change to gold base on current situation. Every currency is base by US dollar, but it is back by nothing. Gold will be used for stability.

Bitcoin has more downside risk than gold. So why don’t buy gold? It is a store of value but bitcoin as just a speculation. Bitcoin scarcity is man-made but gold scarcity is real. Bitcoin is not unique in all cryptocurrencies. In fact, there is 5000+ cryptocurrencies which any can better than bitcoin (transaction speed…etc)

Anything man can create, man can improve. Gold here for 5000 years but it cannot be improved by other metals which explain the real scarcity. It is the best conductor for electricity. People use it for all sorts of things. It doesn’t tarnish.

What makes bitcoin more secure than other cryptocurrencies? It is far more likely that someone can hack bitcoin. There is no confirmation in crypto community that bitcoin is the best. Bitcoin may be the first, but it may not be around the next time. Bitcoin only have 70% of the whole crypto market, not 100%. But gold is 100% in it’s own realm. It is also tangible.

Miners for bitcoin need to be paid. If there are no mining for bitcoin, what happen next? For bitcoin to have market value, there need to be a system support it. Provided if there is nothing support it, bitcoin has no value.

Peter says bitcoin has no value. Bitcoin has no use. Gold is a store of value and can be use anywhere. It doesn’t rot or decay. It is eternal.

If bitcoin can be anonymous (to be a value), it can only be use as a money laundering purpose. Government will crack down any institutions that link to bitcoin criminal activity. No institutions will want to involve in bitcoin. Transaction cost for bitcoin is high.

Bitcoin can be use without crackdown by the government in a crisis. But it is high risk. Now with all the crisis there is going on: money printing…etc, gold reach it’s 9 years high. But bitcoin doesn’t increase like gold. If now bitcoin doesn’t raise like gold then when it will?

Check out more on why and how to buy gold here

Gold have in various shape and sizes. You don’t need to spend enormous amount of money to buy it. You can buy gold even with a few hundred dollars. Some of the more popular platform to buy from are JM Bullion, Kitco, London Metal Exchange and GoldCore. We recommend GoldCore since it is one of the most established Gold selling platform in USA. It also serves clients in over 130 countries in the world.

Now there is Ray Dalio, who is an american billionaire hedge fund manager. He like to share about his approach to life and management. Ray is also founder of Bridgewater in New York. He was listed as one of the 50 most influential people by Bloomberg Markets in 2011 and 2012.

History have low interest rate-cheap to borrow money. This cannot last forever. It leads to folding economy. Paradigm last a decade. 2019 could be the end of our current paradigm.

Interest rates-how cheap it is for individuals and businesses to borrow money in an economy. Low interest cause economy to struggle.

We will know the paradigm from this. It seems obvious that they have to help borrowers relative to the lenders.

In normal economy time, it means lowering interest rate and greater quantitative easing. But these are not very effective.

Instead, Dalio believes that monetization of debt and currency depreciations will eventually pick up, which will reduce the value of money and real returns for lenders. This will test how far lenders will let central banks go in providing negative real returns before moving into other assets. Many countries have negative interest rates. Japan, Switzerland etc.

In other words, by reducing the value of currency and making lending lesser & lesser attractive. Investors will look for more risky investment, thus making economic stimulus. In will cause greater conflicts between people and countries on growth of economic pie and global influence. In such a world, storing one’s money in cash and bonds will no longer be safe.

Which investments will perform well? Those that will likely do best will be those [investments] that do well when the value of money is being depreciated and domestic and international conflicts are significant, such as gold.

Dalio add that he believe that it would be both risk-reducing and return-enhancing to consider adding gold to one’s portfolio.

Market hedge for traditional markets is an investment that will move in opposite direction that will increase in value. In the last recession, gold perform very well.

For bitcoin -> decentralised and mathematically limited supply, is like gold as it is a hedge against traditional markets. Bitcoin is slowly into a hedge. For warning for bitcoin holder, it may be like a hedge, it is still a very new asset. Many feel it is a speculative investment.

Bitcoin is the new gold, you don’t have to choose between bitcoin and the previous by the bitcoin community. It make sense that investors to hold both gold and bitcoin in this economic situation.

Nothing is intended as financial advice, nothing can be accurate unless one do his financial research.

More on why you should buy gold here