Learn about bitcoin history. Bitcoin has been around for about a decade. It is only recently that it makes it’s mark on the finance world in late 2017. Bitcoin transform every things unimaginable in the past. Based upon blockchain technology, it is the most prominent cryptocurrency out there. There are various cryptocurrencies like ethereum, xrp, cardano, bitcoin cash and thousands more. We shall take a peek at the bitcoin history in depth:

Before bitcoin, there are people who actually want to create cryptocurrencies. You may not heard before: B-money and Bit Gold. In 1998, developer Wei Dai propose B-money. It was an attempt at an anonymous, private, and secure electronic cash system. It is to use as a currency through a decentralized network. B-money was formulated but never fully developed. It did not gather enough attention for a successful launch. During the early bitcoin history days, there are a lot of trial works.

Nick Szabo, a computer scientist propose Bit Gold. It came with its own proof-of-work system that in some ways is mirrored by today’s bitcoin mining process. The most exceptional area about Bit Gold is it’s movement away from centralized status. It thus avoid reliance on centralized currency distributors and authorities. However the project was unsuccessful in the end.

There were also HashCash, DigiCash and Beenz. They are all attempts to revolutionise money transaction. These were the previous attempts at creating online currencies with ledgers secured by encryption.

2008   The first mention about bitcoin

A person or a group of developers under the pseudonym Satoshi Nakamoto posted a paper called “Bitcoin – A Peer to Peer Electronics Cash System”. It is send to a mailing list discussion on cryptocurrency. The bitcoin project is registered on SourceForge.net. It is a collaborative community for development and distribution of open source software.

The purpose of creating bitcoin was stated by Satoshi before. He states that “What is needed is an electronic payment system based on cryptographic proof instead of trust. Thus allowing any two willing parties to transact directly with each other without the need for a trusted third party.”

These days, the identity of Satoshi Nakamoto is still a mystery. 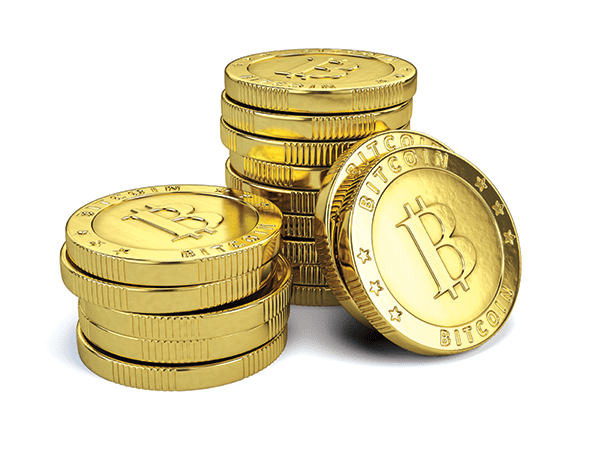 Bitcoin process starts going serious. For the first time, bitcoin software is made available to the public. Mining process which new Bitcoins are created and transactions are recorded. Then they are verified on the blockchain. During this time, different versions of bitcoin emerge. Bitcoin Version 0.1 and later Bitcoin Version 0.2 are released. Over the course of the next 20 years, a total of 21 million coins will be released. That year, the value of the bitcoin is at US$1 = 1.309.03 BTC. This marks the beginning of a finance revolution. 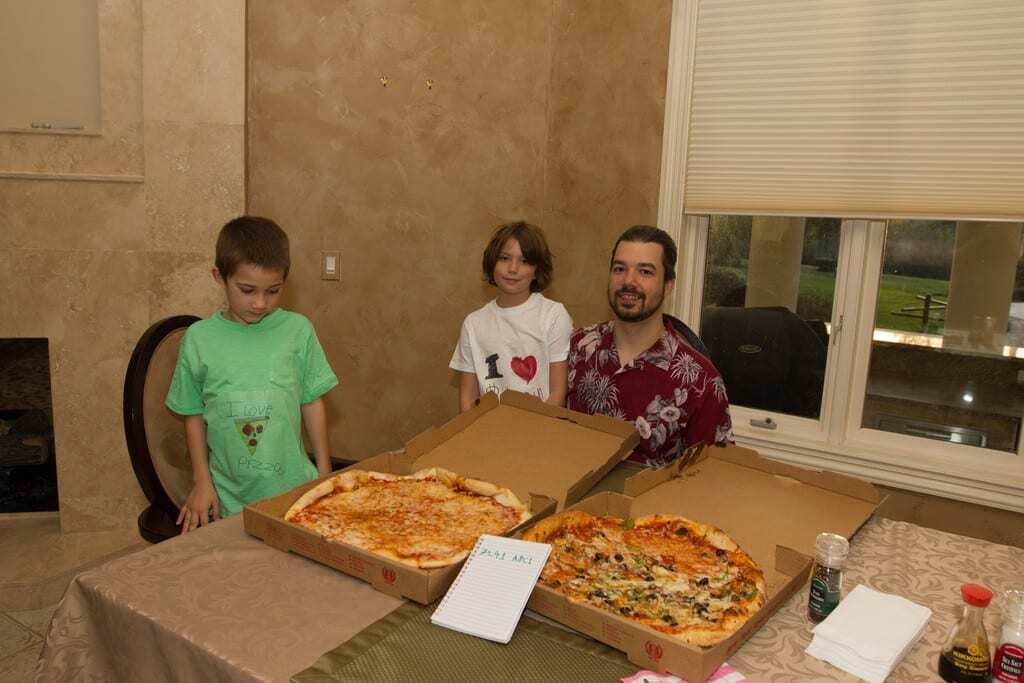 At that time, the only activity for bitcoin is mining. There has been no transaction using bitcoin commercially. It was never use to trade thus it has no monetary value. Then in 2010, a programmer by the name of Laszlo Hanyecz decided to sell theirs for the first time – swapping 10,000 of them for two pizzas. He posted this pizza request on a bitcoin forum.

Nevertheless, a teenager by the name of Jeremy Sturdivant (jercos) responds. He is only 18 years old at that time. He also help to deliver the pizzas to Laszlo. It is interesting to note that had the buyer hung onto those Bitcoins, they will be worth more than $100 million. 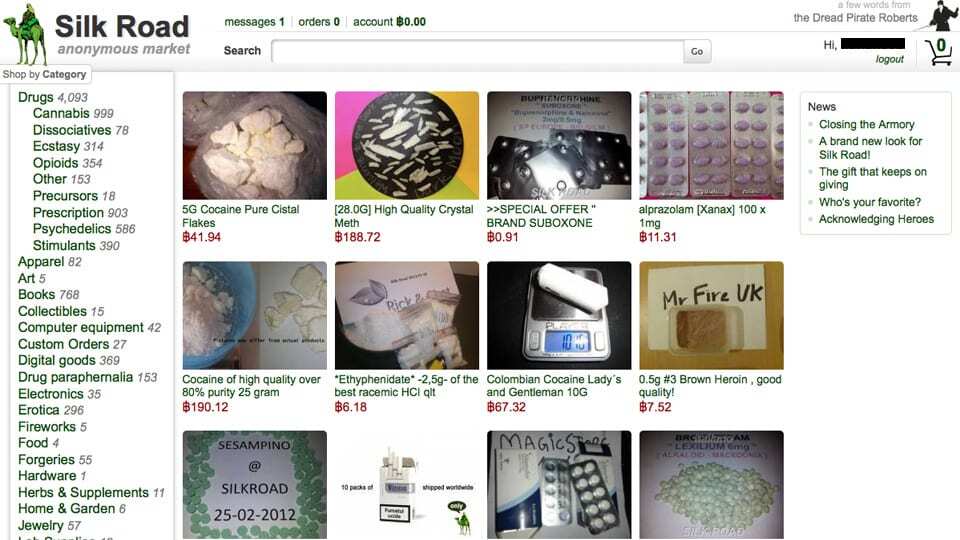 The idea of decentralized and encrypted currencies catch on later. This is due to the initial success of bitcoin. Other cryptocurrencies (also call altcoins) emerged. They are all trying to be better than bitcoin. They try to improve on the original bitcoin design by offering greater speed, anonymity or some other advantages. Namecoin and Litecoin are 2 cryptocurrencies to appear first. Today, there are thousands of cryptocurrencies.

Silk Road, a bitcoin marketplace launches an illicit marketplace for drug deals. Anyone can buy drugs on Silk Road without revealing their identities. This is due to the anonymous nature of bitcoin transaction. Also for the first time, bitcoin reaches parity with US dollars, trading at US$1.00/BTC at MtGox. 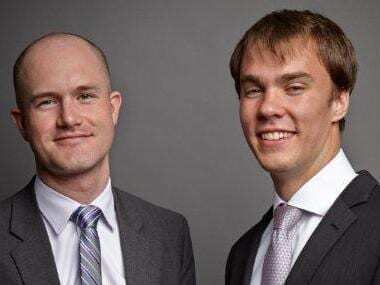 Coinbase, a very popular bitcoin exchange and wallet is found in San Francisco, California. Brian Armstrong and Fred Ehrsam founded Coinbase. It then expand further with a US$5 million Serie A investment from Union Square Ventures a year later. BitPay reported having over 1,000 merchants accepting bitcoin under its payment processing service.

FBI start to suspect illegal transaction using bitcoin for weapons and narcotics. They also suspect bitcoin is use for ponzi scheme. Unfortunately, other criminal activities using bitcoin as a tool start to increase. 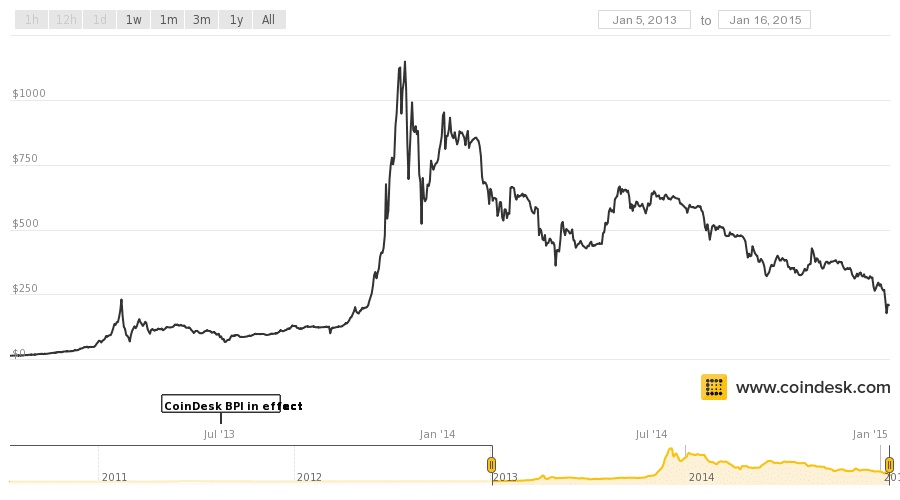 Bitcoin Version 0.8 is release with better download speed and bloom filtering. The total bitcoin market cap passes US $1 billion that year. The first bitcoin ATM in the world starts at San Diego, USA the same time as a result. More and more places start to use bitcoin like a form of money. FBI shut down online drug marketplace Silk Road. They also seize then from them 3.6 millions dollar worth of bitcoin.

The price of bitcoin rises rapidly until it reaches $1000 for the first time. Shortly after this, the price decline very quickly. Many people suffered losses. The price plummeted to around $300. Later, it would be more than two years before it reached $1,000 again. Hence, it is indeed a slow and painful process. China start to ban bitcoin. 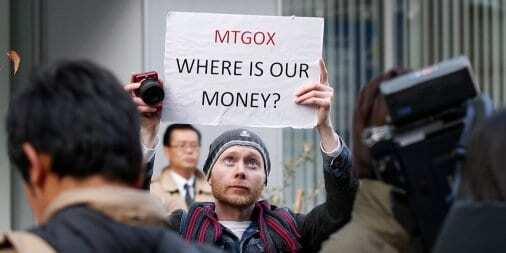 Mt.Gox, the biggest bitcoin exchange at that time went offline. It was already handling over 70% of bitcoins worldwide. For the owners of 850,000 bitcoins, they never see their coins again. It is unthought of at that time. Bitcoin has proven to be an attractive and lucrative target for criminals. It is due to anonymity and the lack of control.

It is just the start of many scams related to cryptocurrency. Nobody knows who took off these bitcoins. In todays value it will be worth 4.4 billions from it’s bitcoin history.

TeraExchange received approval from the U.S. Commodity Futures Trading Commission (CFTC). They can begin listing an over-the-counter swap product. It is based on the price of a bitcoin. The CFTC swap product approval marks the first time a U.S. regulatory agency approved a bitcoin financial product.

2015   The search for Satoshi Nakamoto continues 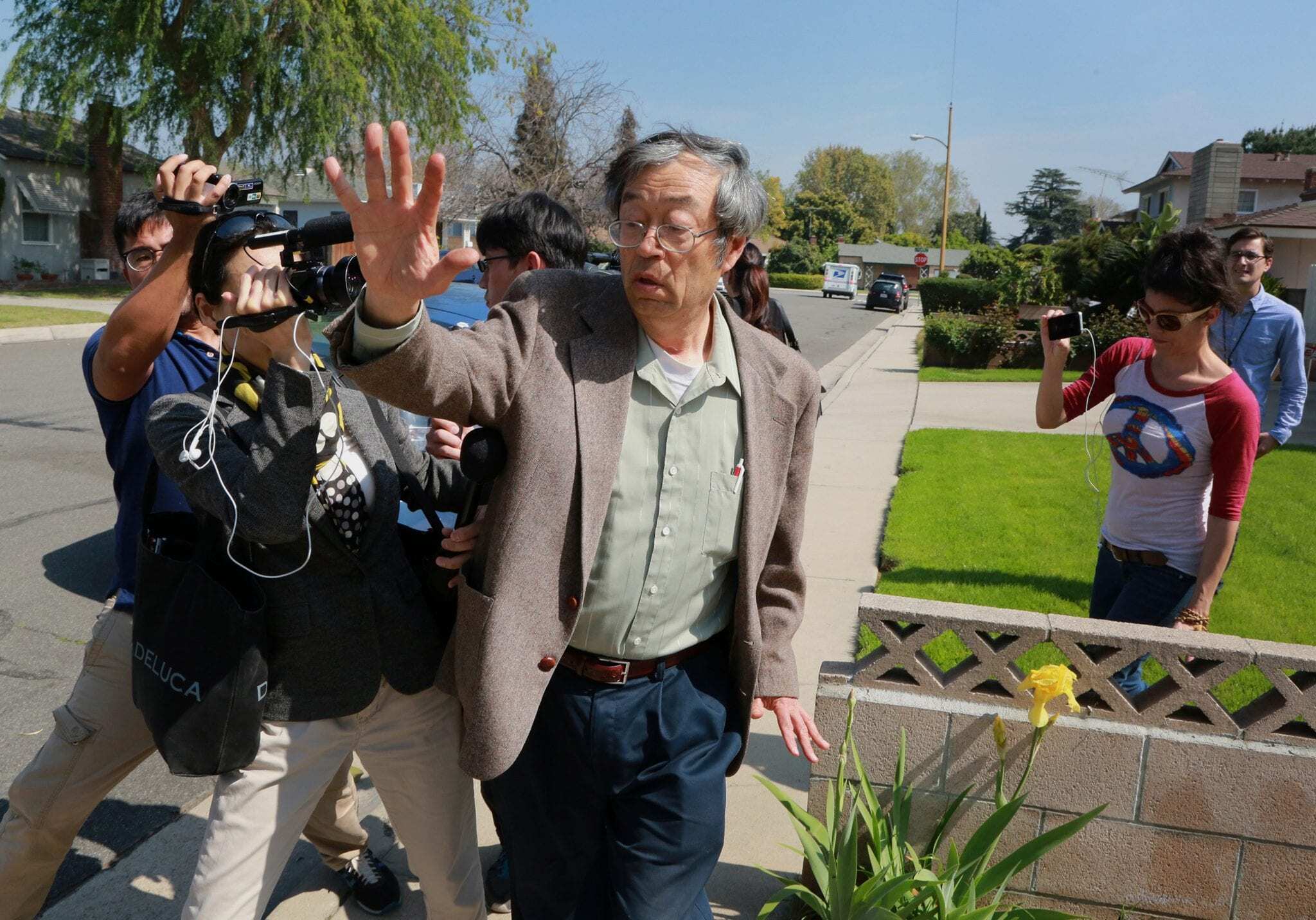 More and more people start to spectaculate the real identity of Satoshi Nakamoto. Some names start to brought up. These includes computer scientist Nick Szabo and Australian Academic Craig Steven Wright. Others are cryptographic pioneer Hal Finney and Japanese American man Dorian Prentice Satoshi who lives in California. However, his real identity is still unknown.

Still, there are so much speculation. Nobody knows who is the real Satoshi Nakamoto . He owns approximately 5% of the world’s Bitcoin supply. That will place him as the 52nd richest person in the world that time. 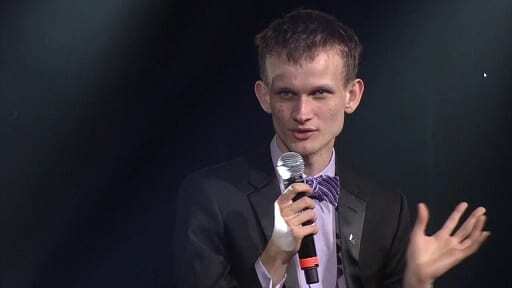 Competition increases even more after the bitcoin boom. That year, Vitalik Buterin found a cryptocurrency known as ethereum. It put him into the limelight in blockchain sector. It is powering smart contract based on blockchain.

After the founding of ethereum, initial Coin Offerings (ICOs) start to emerge. These are fundraising platforms. They offer investors the chance to trade. They trade what are often essentially stocks or shares in startup ventures. Other other hand, it is also in the same manner that they can invest and trade cryptocurrencies.

The Cabinet of Japan acknowledges virtual currencies like Bitcoin as payment means. It to be on an equal basis with real money. As a result, the number of bitcoin ATMs had doubled over the last 18 months. It has reached 771 ATMs worldwide. It is a important moment in bitcoin history. 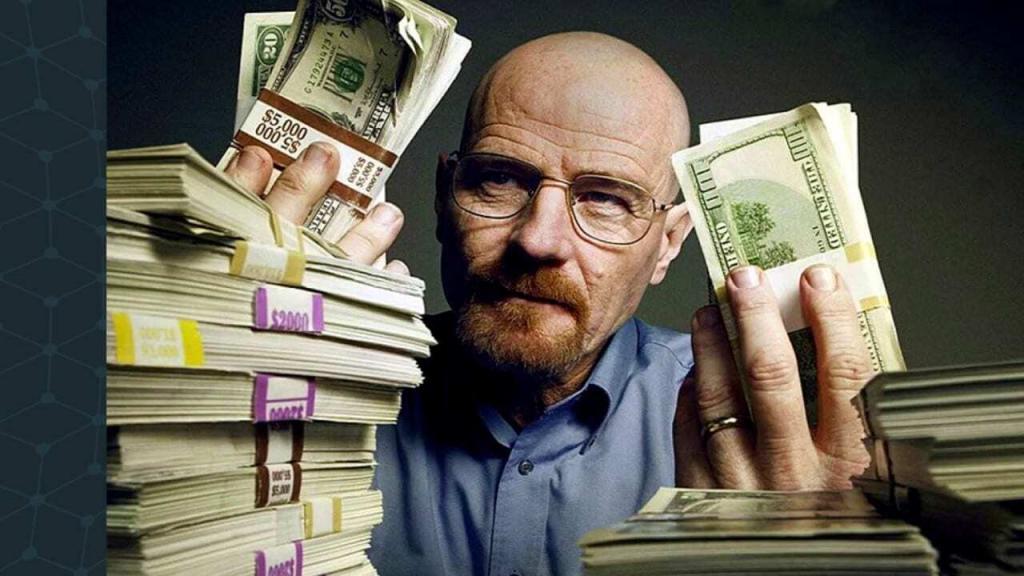 Bitcoin starts to grow real hot in 2017. Gradually as more and more uses emerged, it became clear that more money was flowing into the bitcoin and cryptocoin ecosystem. The market cap of all cryptocurrencies that time rose from $11bn to its current height of over $300bn. Bitcoin value at one stage even reach US$22,000/ BTC.

Record number of people sign up at crypto-exchanges. Banks including Barclays, Citi Bank, Deutsche Bankand BNP Paribas have said they are investigating ways they might be able to work with Bitcoin.

Bitcoin value start to drop as several cryptocurrency exchanges are hacked- Coincheck, BitGrail, Zaif, Coinrail among others. It’s value fails to achieve the height it reached at the end of 2017 where it reached about $20,000 per BTC. Secondly, bitcoin mining takes a hit when value drops to below $3,500 per BTC. However, blockchain, the technology behind bitcoin is starting to gain wide adoption in various institutions. It is believed to be the “digital gold” of the future.

By the year end, bitcoin has witnessed a near 80 percent drop in network value, falling from $280 billion to $56 billion. 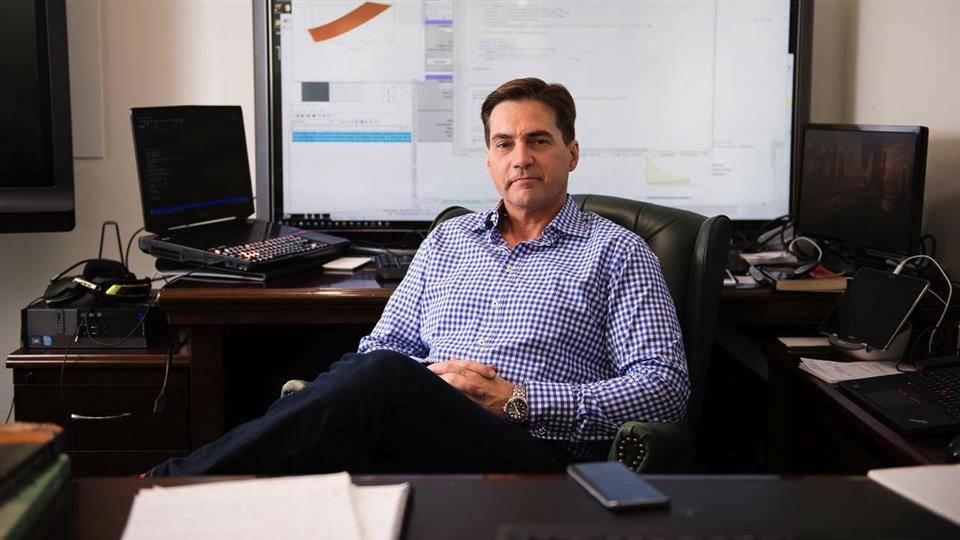 2018 is a rollercoaster journey for cryptocurrencies, including bitcoin. But in 2019, bitcoin is recovering, having bottomed at $3200/ btc. However, it is not yet reached the height as in 2017. There has been institutional FOMO down the bitcoin history. More and more big name companies are having a share of cryptocurrencies business. On the other hand, banks are making patents for themselves and regulation are starting to kick in.

However, there are still hackers spoiling the bitcoin market. New coins are added and there is a tussle over bitcoin SV, with Craig Wright making a fuse over copywrite satoshi white paper. IEO on binance is the rage now. There has been more measures in prevent frauds in the crypto sphere. 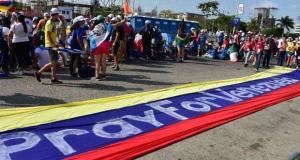 In countries like Venezuela and Zimbabwe, inflation has risen so much that it is no longer viable to keep cash. Venezuela economic had become so bad that inflation in the country now hover above a million percent. It could reach 10 million percent this year, according to International Monetary Fund.

Venezuelans have increasingly turned to a new tool to receive aid. One that facilitates the delivery of  remittances: cryptocurrency. Venezuela continues sinking into the worst economic crisis in its history. It is also emerging as a unique case study for the potential of digital money to make aid possible and decrease suffering in distressed countries.

When your printed money notes with value turns to these, you will know the importance of cryptocurrencies: 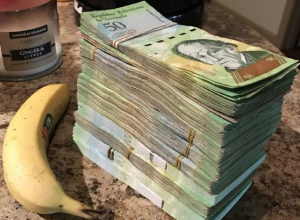 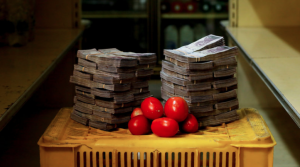 Bitcoin avoid intermediary to reach its recipient. So no worry of government imposing a heavy fines on bank. This is because bitcoin transaction don’t even need banks to operate. It is also a cheaper and frictionless way to send funds globally. It opens up a whole new way of interrupted transaction the world have ever seen before. Bitcoin becomes the future. The future is bitcoin. More of bitcoin history to follow…

Check out how bitcoin is adopted for usage