Blockchain and how it benefits businesses What is blockchain? Most people know it is the technology that powered bitcoin. It was conceptualized by Satoshi Nakamoto (who is a individual or a group) who also created bitcoin. Blockchain is like what internet is in the 1990s, when it was still in “infant stage” but promises so much more. Blockchain uses cryptography. Each time a transaction takes place, example one party sending bitcoin directly to another. The details of that deal which include its source, destination, and date/timestamp — are added to what is referred to as a block. A blockchain is decentralised, which made it unique unlike banks. Everyone can be a participant of blockchain.

Blockchain has higher privacy compare to banks or other financial institution when comes to transaction. It is not controlled by a few powerful entities or government who could be spying at us. Digital currencies like bitcoin and ethereum which build on blockchain have an advantage. Which is not easily influenced by rogue government entities.

Transaction of bitcoin is not so fast at moment but technology is always evolving. Besides cryptocurrencies, blockchain also benefits supply chain, financial services and video games to name a few. It also created smart contract which can change how the world function without a middle entity like bank. It is an exciting time of blockchain benefiting businesses.

The five main blockchain benefits that can gives your business too:

If you are doing some sorts of payment company, blockchain can definitely improve your business. With blockchain technology, transaction are becoming more transparent. This is because all network participants share same documentation as opposed to individual copies. Everyone must agree on it if share version is update through consensus.

Changing a single transaction record require alteration of all subsequent records and collusion of entire network without blockchain technology.

With blockchain, transaction is available to all participants who have permission access thus making data on a blockchain more accurate, consistent and transparent than when pushed through paper heavy processes.

Transaction data is hard to compromise with blockchain technology. This is because transaction has to agree upon before they are recorded. For every approved transaction, it is encrypt and link to previous transaction. This information is then store not on a single server, but across a network of computers. Thus it is not centralised. Hackers will find it difficult to compromise the transaction data.

So in important industries like government, healthcare, financial services where protecting sensitive data is crucial- blockchain technology can benefits them with the way critical information is share. this can help prevent fraud and unauthorised authority. Surely using blockchain is more secure than other record keeping systems.

We know how important traceability is. blockchain can help verify authenticity of assets and prevent fraud. this is particular useful in supply chain. All exchange of goods are record on blockchain. You will have an audit trail that easily show where the asset come from and every stop it made on its journey. It is no longer hard to trace an item to its origin.

Blockchain helps increase speed of trading. With this technology, record keeping can be perform using single digital ledger which is share among participants. So you don’t have to reconcile multiple ledgers, thus you have less clutter. It is also easier to trust one another without the need for numerous intermediaries as everyone has access to same information. Clearing and settlement can occur much faster.

This is how transaction can complete faster and more efficiently- streamlining and automate these processes with blockchain. This is much better than using traditional, paper heavy processes that is time-consuming process. It is prone to human error and normally requires third-party mediation.

Blockchain helps reduce your cost of business. You don’t need third parties/middlemen to make guarantee. This is because you can trust your trading partner since blockchain make transaction transparent (by trusting data on blockchain). there are also less document to review for completing a trade as everyone will have permission to access to a single, immutable version.

This will greatly benefits businesses as cost reduction is always a priority everywhere.

An example of using blockchain

By using the blockchain for data authentication, the entire network can contribute and validate data, and it is no longer subject to tampering. Increased reliability of tracking information can also have an impact in the conservation of goods being ship, for logistic purpose:

Blockchain helps eliminate the needs for “middlemen” and made work so much easier. Below are examples of how shipping industry can benefits with blockchain: 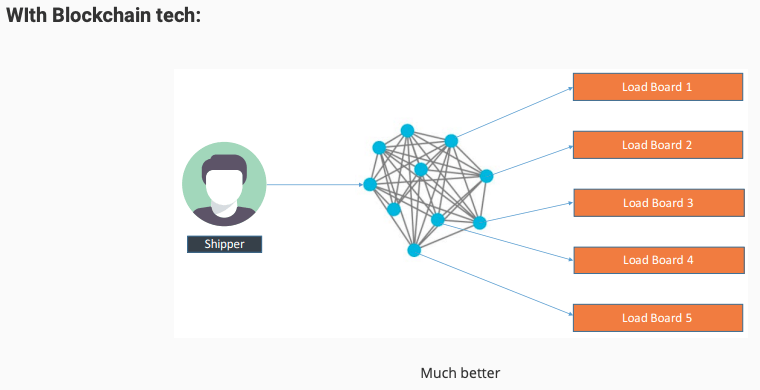 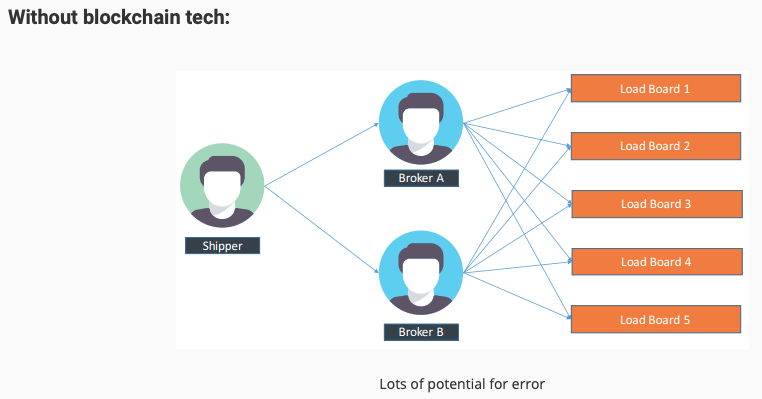 More details as of below:

From 3 to 8 years later- Blockchain start having effect for use in advertising, customer service and blockchain-based ACH payments. It will also starting to use in retail and media/ entertainment. Soon become a necessity in everyday work. It can then branch out to education, oil & gas, government, banking & finance and insurance.

In China, there are already more than 20,000 businesses that use blockchain. More to follow after that including other countries.

On the Forums
Calendar